School Shootings and The Trolley Dilemma 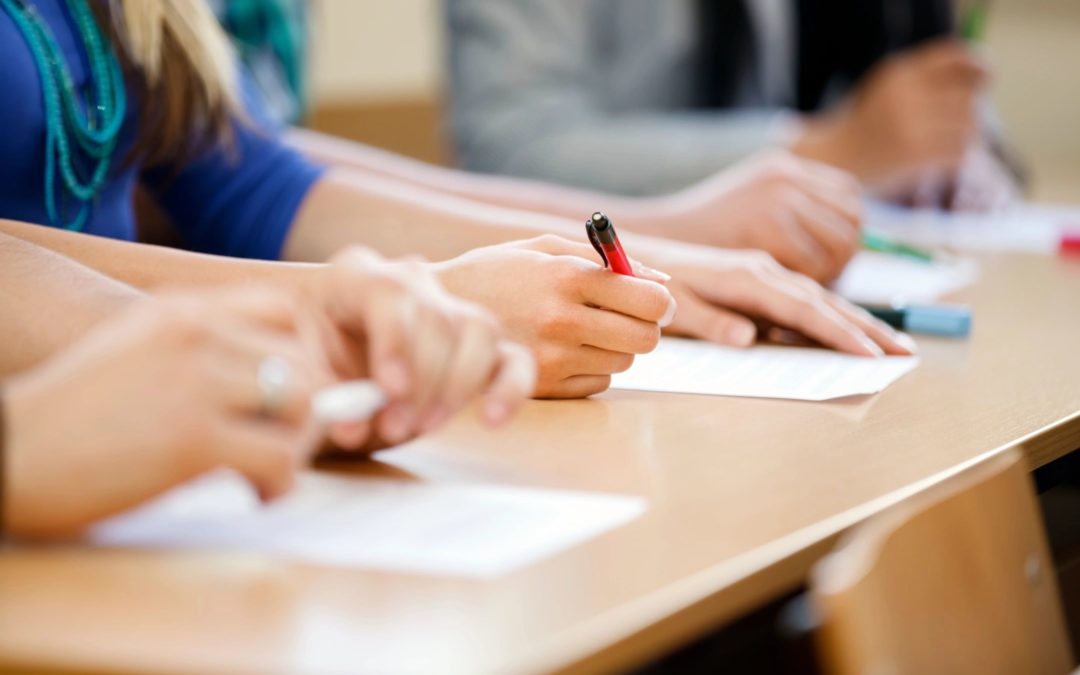 In case you aren’t familiar with it, here’s a quick overview:

You are standing at the bottom of a huge hill near some trolley tracks. You look up to see a runaway trolley barreling down the hill toward 5 men working on the tracks. Next to the men is a single man working on a parallel set of tracks. You try to signal to the 5 men on the tracks, but they can’t hear you, and they wouldn’t be able to move fast enough even if they could hear you. Luckily, you realize you’re standing right next to a lever that can divert the trolley onto the other set of tracks, killing just the single man. You now have a choice. You can do nothing and 5 men die, or you can pull the lever to save their lives at the expense of one death.

If you feel you would pull the lever, you are with the vast majority of the population (something to the tune of 90%, depending on the study).

Same scenario as #1 with the runaway trolley, but this time there is only one set of tracks with 5 men working on them. You come upon a bridge that spans above the tracks about halfway between the runaway train and the working men. Again, you signal to the men, but they don’t hear you. You can’t get to the tracks yourself in time because there is a stranger on the bridge at the only opening above the tracks. You now have a choice. You can do nothing and the men die, or you can push the stranger onto the tracks below, so the trolley would hit that man and come to a stop before hitting the 5 men, thus saving the lives of the 5 men at the expense of one man dying. Would you do it?

If you said “no”, you are with the vast majority of the population (between 80 and 90%, depending on the study).

The question, of course, is why the huge disparity between responses from scenario one to two? In both scenarios, the outcomes are the same: Five men live who would have otherwise died based on the result of your choice to take action as opposed to doing nothing.

This study has been replicated and modified in hundreds of ways. You may have heard of the variation in which you have the choice to press a big red button that would kill 10,000 people in another country, or 20 people in your own neighborhood would be killed if you do nothing. Through all of these studies, researchers have found one common thread: taking action vs. inaction. The outcome depends on how close or connected we are to the action. Pushing a person next to you onto the tracks, for example, is close, while pulling a lever makes it feel less direct.  In other words, we are one more step removed from the individiual so it doesn’t feel as horrifying.

That’s the bottom line. The further removed we are, the easier it is to act in a way that would kill someone. This is why individuals feel okay about orchestrating elaborate Ponzi schemes that involve bilking unsuspecting investors out of their life savings, whereas those same individuals would never dream of smashing a car window to steal a laptop.

I know what you’re thinking.

“Yeah, okay. I get it, but what does this have to do with school shootings?”

We have an epidemic. Everyone is talking about it. It’s terrifying, tragic, and completely devastating all rolled into one. Each of us feels so close to these school shootings either as an educator, a parent, a student, or concerned community member. So we do safety drills, we practice procedures, we appeal to legislators, we build fences around our campuses, we require photo ID to come into our schools, and on and on and on. Nothing is changing.

There’s a wonderful video produced by the Sandy Hook Promise. If you haven’t seen it, follow the link and watch it before reading on because the following contains spoilers.

This video has received some criticism. “Just because someone looks up guns on YouTube doesn’t mean they’re going to shoot up a school.” And, “Okay, so he flips a kid off in the library. He’s angry. We can’t go arresting every angry kid.” There is validity to these statements. However, when you watch the video and pay close attention, you’ll notice that the eventual shooter is always alone. He’s completely isolated unless being teased or hassled.

I am not familiar with the specifics on this particular shooter and his particular experience, but based on my experience with adolescents, I have found that when kids (or anyone) feel isolated, they feel one step removed from their peers. If the isolation develops further to the point of ostracization, they feel one more step removed. They lack emotional connection with their peers and sometimes their teachers.  Oftentimes, they then feel the need to emotionally distance themselves from the emotion and loss that results being alone to survive–as a defense mechanism. These school shooters aren’t always heartless, soulless sociopaths. Often, they are kids who have been so isolated that the action of shooting students in their schools feels similar to pressing the button that would kill thousands of people in another country. They are removed. It’s the act of pulling the lever in their minds instead of pushing a person onto the tracks.

I’m not saying we shouldn’t put great efforts into drills, practice, security, lobbying lawmakers, and everything else that could be effective. But we must remember that there are many things we can do in our schools to help all of our students feel more connected.  There is a great deal we can do to ensure that our students don’t experience high levels of emotional separation from their peers.  I would imagine that there were many educators who tried to help this child feel more connected, but as a society, we must do better.

There was a popular hashtag going around awhile ago: #wedinetogether. Though some kids want solitude, this was a cool initiative started by a high school student. We can go to lengths to help our students feel connected. The key is doing whatever it takes to help each of our students to feel connected to their peers and to us.

Remember the R.I.C.H. Theory! What makes students happy? Resources, Intimacy, Competence, and Health. We don’t have a lot of control of the “Resources” and “Health” part of it. As teachers, paraprofessionals, and administrators, however, we do have a lot of control of the “Intimacy” and “Competence”. We can go out of our way to foster a close relationship with these students (difficult as that can be with some of our students) and to help them feel competent–even if with just one thing.

I don’t have the answers. I can’t prescribe what all of us should be doing. All I’m saying is that I feel a little more empowered as an educator believing that I might be able to do just a little to help prevent a school shooting by going to lengths to help all students feel emotionally connected to their peers and schools. We all can do more to help all students feel less removed from their peers and their school.